Get fresh music recommendations delivered to your inbox every Friday.
We've updated our Terms of Use. You can review the changes here.

from Spectrum by Gerry O'Connell 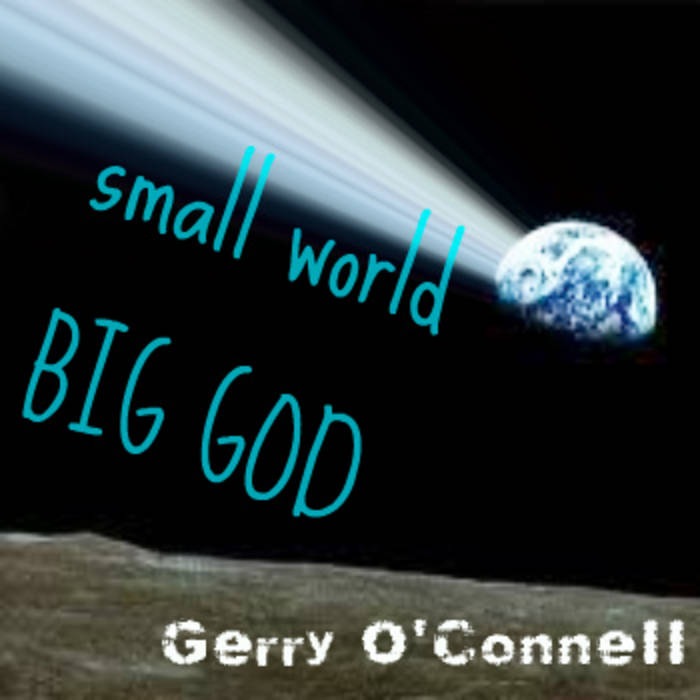 I was thinking about the saying its a small world and viewed from space it really is.
Nasa have a shot from voyager which shows planet earth as a spec......
Then I got to thinking about the God who made it all and keeps it going and realised from that perspective my everyday life and its problems fade into insignificance, yet the Big God who made it all watches over me ...
No matter what opposes you that devil is small in comparison to GOD's greatness.... keep trusting in Him...
... and hence this track which was written recently with a bluesy gospel feel.... and a driving rythmn .... its a small world but He's a BIG GOD

enjoy and its FREE to download the track
:-)
Gerry

Before time began
He made the plan
To come and rescue a fallen man
A rugged cross, an empty tomb
The risen Christ, in the upper room

A shepherd boy took the giant down
There's no intimidation when Gods in town
Dat little bitty debil , he got to flee
Coz God and me are a majority

Gerry O'Connell is a British singer songwriter.
He has 3 albums of his own songs called:
SPECTRUM,
CONNECTED,
& REASONS FOR LIVING
Plus much more released on SoundCloud
They vary in musical style but all his songs reflect his joy in living and faith in Jesus Christ
and are annointed, refreshing and hopeful. Gerry is now a wheelchair user and expresses Christian hope in his lyrics. ... more